Judging by the recent news, the UMNO V-P race is now largely 3 candidates for 2 positions.

Incumbent Dato Seri Ahmad Zahid Hamidi has effectively sown up one of the 3 positions. Up and down the country he is the front runner, with the UMNO grassroots applauding his tough no-nonsense policy on fighting crime and political opponents.

If Zahid Hamidi's UMNO credentials needed any further burnishing, then his performance at a recent press conference has effectively placed him in the enviable position of being cheered by the 3 main constituents of UMNO - the radical press, the even more radical bloggers and the hoi-poi. During the Press Conference in question, he intimated and sparred with a Malaysiakini journalist leading the UMNO right wing blogger Gerakan Anti PKR to label him as "a true warrior for standing up against a Cinabeng."

Of course the issue was that the journalist was asking Zahid to comment on the statement made by the IGP who remarked that the revolvers and pistols lost by the police had probably dropped into the sea and was not in the hands of a criminals. That sort of reasoning is readily accepted by the mostly narrow minded UMNO bloggers and hoi-poi, even though there are many who would rate such an excuse  as "being absurd."

The same cannot be said however of his predecessor at the Home Ministry, the Minister Of Warnings, Dato Seri Hishammudin Tun Hussein Onn. Hisham's rise has been something of an enigma - nobody really knows what he is good at, he has the really weird smirk, he has been trying to curry favour with the ultra radicals for the best part of his political career but has ended up pissing them off no end, he is prone to make absurd comments and generally he is seen as being untrustworthy and perhaps even, "not normal."

All this would of course not explain how this lawyer turned politician is now the incumbent VP and helms two Ministries - the Ministry of Defence and the Ministry of Transportation. Of course, he is the cousin of the current PM, Najib Tun Razak, and an incumbent UMNO VP.

But whilst he cannot be officially sacked from being the cousin to the Prime Minister, he looks odd on favourites to be sacked from being an UMNO VP. Up and down the country, the mere mention of his name is enough to send UMNO members into breaking out with the "Menteri Amaran" jibe. Hishammudin is seen as a weak and shifting leader with perhaps more grassroots "anti support" that support. He is now odds on favourite to finish second last, behind Tan Sri Isa. who will claim the wooden spoon.

But that leaves three candidates - Mukhriz Mahathir, Ali Rustam and Shafie Apdal to fight for 2 positions. The smart money is on Mukhriz to win one of the 2 and I think he has just about sealed it.  Mukhriz surged into the races on the back of some strong blogger polls and given that a recently concluded UMNO poll has put his father as the most influential UMNO leader present (even though he technically is only a mere member), it is quite unlikely to see Mukhriz fail. And for the last position, I think Ali Rustam will clinch it because of the game theory I had mentioned. The 3 candidates who think they have the last 2 seats would instruct their men to vote for Ali Rustam because he is the most non-threatening contender.
Posted by Shadow Banker at 08:50

I have stated my prediction against most of the bloggers.Mukhriz is not good enough.Further UMNO still have good pools of leaders be it young and old in MT anyway.It is about the entire UMNO team you see.Cheers bro.

If the recent Ketua Wanita, Ketua Pemuda is of some kind of indicator wouldn't you agree with me that Mukhriz is doomed ?.At least that is what my kampong bomoh told me.Lets prove the bomoh is wrong baby....he..he..

Didn't I told you so.The STATUS QUO has been maintained for the VPs .It is because my kampong bomoh say so.He..he..
He too predicted that you will close your blog soon like that Pirates of Putrajaya.Hu..hu..

Btw, Sir Wenger Khairy has now transformed to" rembautime.blogspot".Look at who is behind him.Cheers bro.

Let see you free and open up the comments on your blog KM. Man enough to do that or again your just good at talking from afar? I thought so. I take honeystars for breakfast btw 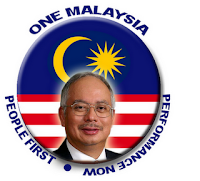 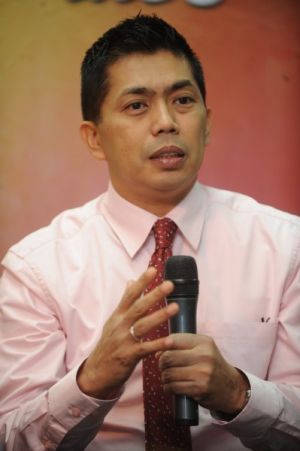